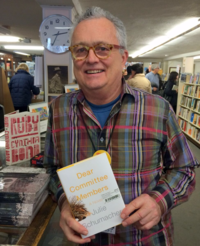 Charlie Quimby is the author of two novels set in Western Colorado—Monument Road and Inhabited—and is a co-author of Planning to Stay, a guide that helps communities assess themselves and take control of future development.

Before devoting himself to writing fiction, he was president of Words At Work, the Minneapolis marketing communications firm he founded, from 1988 to 2005. His speechwriting and annual reports won national awards, and he co-authored publications on urban planning, quality management, design education and how citizens can influence defense policy. While in communications at Honeywell, he wrote an article that won the McKinsey Award from Harvard Business Review.

In 2004 he started his blog, Across the Great Divide, in response to the country's widening political divide. He obviously failed beyond his wildest dreams. More recently, the blog has focused on his experiences as a volunteer with homeless children and adults. He also blogged on public policy related to economic and social justice as a Communications Fellow at Growth & Justice, a progressive Minnesota think tank.

Currently, he is a volunteer with Peace House Community and People Serving People in Minneapolis and Catholic Outreach Day Center in Grand Junction, Colorado.

As a young man, he performed the fiction writer's requisite assortment of jobs: on drilling rigs and road construction; in bookstores and taxicabs; as the hotel industry's worst salesman and the manager of an ill-fated after-hours club for artists. For several years as a freelancer, he reviewed theater, books and music for the Minneapolis Star. 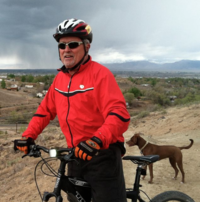 He has served on a number of professional and nonprofit boards, most recently for The Playwrights' Center, the nation's leading advocate for playwrights and new plays. He is the author of three produced plays, including one commissioned with a grant from the U.S. Bicentennial Commission. (It's been a while.)

With his wife Susan, he divides time between his native Colorado and his adopted Minnesota, where they raised their son, Harte.

"While mentor for a student artist program at Minnesota Center for Book Arts, I produced a limited-edition book, Counterfeit: Reading Corporate Characters. This was around the time of Enron, WorldCom and the pre-housing bubble financial scandals.

"As a speechwriter and annual report writer, I was helping Fortune 100 CEOs put themselves and their firms' financial performance in the best light, and I came to appreciate the inherent conflicts in their roles. This book explores the edge where individuals corrupt institutions and institutions corrupt individuals—a theme that remains of interest to me as a novelist." 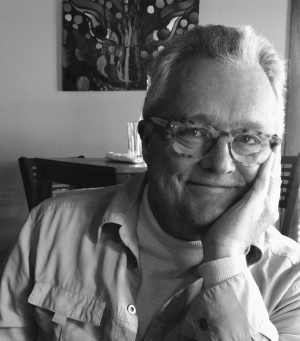 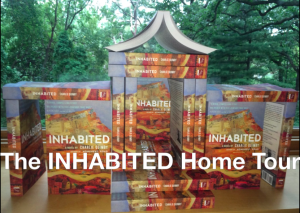 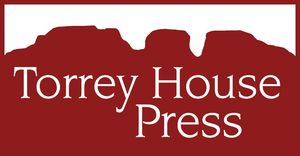